Janet Zinn is a successful psychotherapist in private practice in New York City.  Janet was a mental health, first-responder post 9/11, and more recently, in the global Covid-19 pandemic. She is an expert in trauma and loss.  She has worked as a consultant for Fortune 100 companies, and has spoken locally and internationally on getting through traumatic events.  Janet incorporates mindfulness, creativity, humor and enduring compassion in her work.  She maintains a weekly blog in getting through difficult times and related topics. 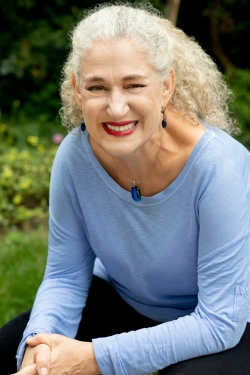 Looking Back, Week 32 in the Time of Transition

I had some ideas about what I’d be addressing for this blog post, but when I looked at my calendar, I saw that it’s been four years since my mother died.  We had a complicated relationship.   Yet, in the last year of her life as her health declined, we found common ground with a deep and enduring love. A time I will always treasure. Most people don’t get that opportunity.  Understanding that death is inevitable, her dying days were filled with peace and love.

Thank you Mr. Sondheim, Week 31 in the Time of Transition

I was working at Strawbridge and Clothier in the Men’s shoe department.  This was a branch in the Echelon Mall in Voorhees, NJ, a short commute to Philadelphia.  I was a student at Rutger’s University in Camden, still a theater major, though I would finish with a degree in English.  Paul Puccio, an English major at another college, who worked in Men’s Furnishings, introduced me to the music of Stephen Sondheim.  I was 18 years old.  He was enamored with Follies and Alexis Smith.  He invited me over to his home where I listened to his original Broadway cast album with Paul narrating to a neophyte. I was changed for life.

Thanks Giving & Thanks Getting, Week 30 in the Time of Transition

We’re about to ascend upon Thanksgiving and the winter holidays.  I’m grateful for a quiet dinner with Larry and a restful weekend.  I’ve been looking forward to this coming weekend since rest is usually ad hoc, and I am often trying to locate windows of opportunity to relax.

Don't Get Caught with Tattered Underwear, Week 29 in the Time of Transition

Nov 13, 2021 by Janet Zinn
I was doing my laundry last week.  While hanging my underwear on the hand dryer, I noticed the rips that must have happened over time, the time spent quietly during the pandemic.   Everything was so comfortable, so I never stopped to examine them.  And comfort has been key.  Though comfort still matters, I’ll take my underwear without rips.
Read More

Time for the Marathon, Week 28 in the Time of Transition

Time is a funny thing.  If we sleep late this morning we wake up at our regular time due to daylight savings time.  The fall back of the time change here in New York City is particularly fortuitous for the NYC Marathon runners, in the event they could sleep at all.