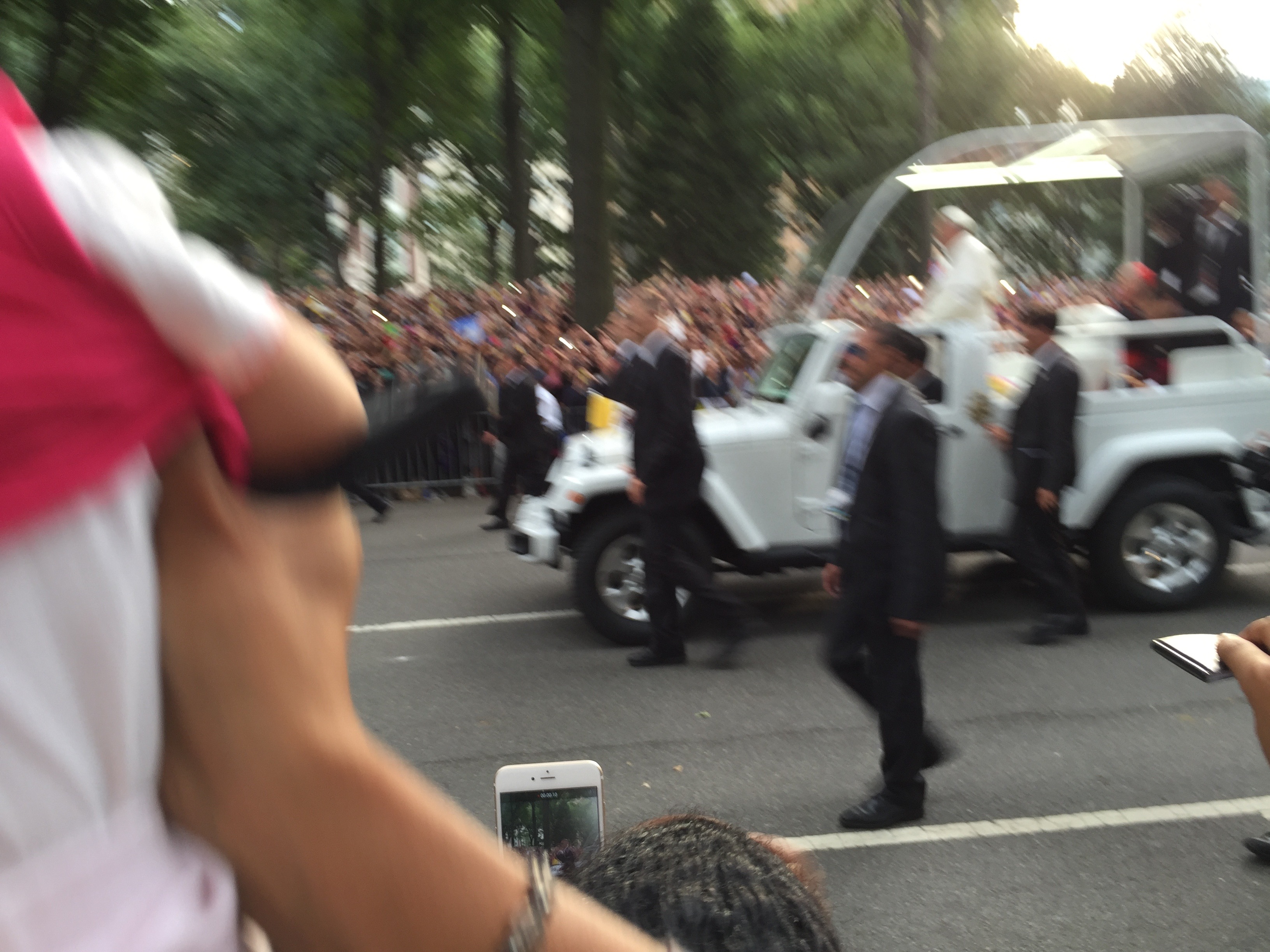 Last week I spent the day in Central Park to see the Pope. The day was beautiful. It felt like an early Autumn Day, sunny with a bit of wind, low humidity, but not too cool. I love Central Park, so giving up a day to stand in lines to join a crowd of 80,000 did not really seem like a sacrifice. 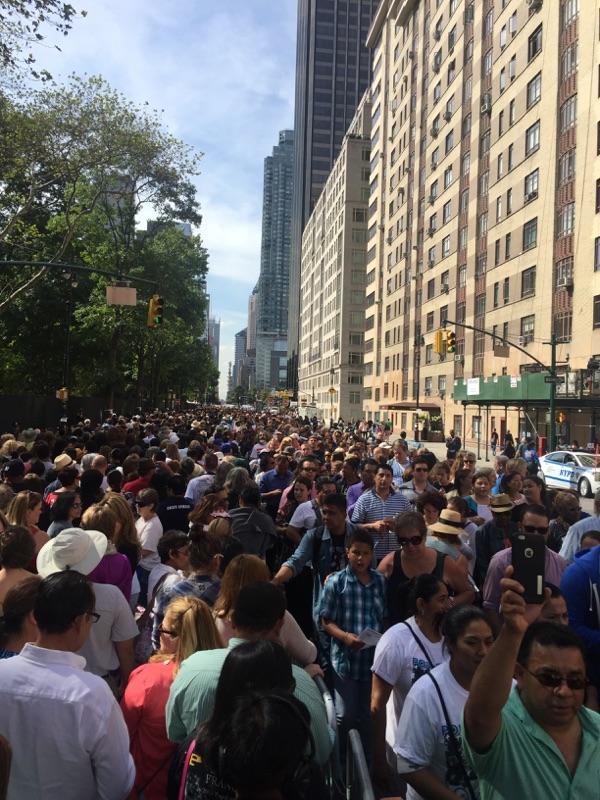 I went with a friend. Given our busy lives this was a rare occasion to spend quality time together. We stood in line for a couple of hours before reaching the security check point at the park entrance at Columbus Circle. During that time we spoke with a group of moms from Queens, a couple from the Bronx, girlfriends from China, and faithful individuals from the tri-state area. The energy was positive. There was glee in the air, and it was infectious. 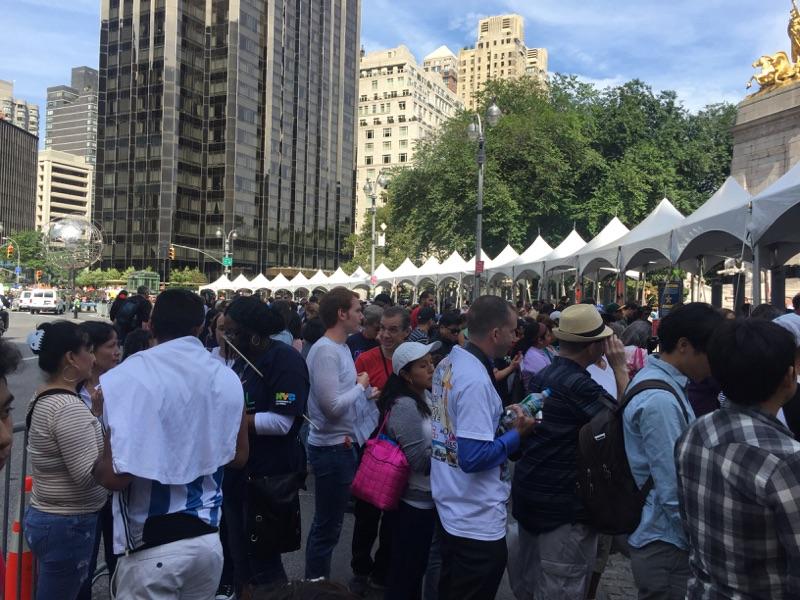 When we finally made it into the park we went were directed to The South Drive. It looked like the front line was already filled, but we found a prized position in-between a mother-daughter team in the front, peeking out between their shoulders. 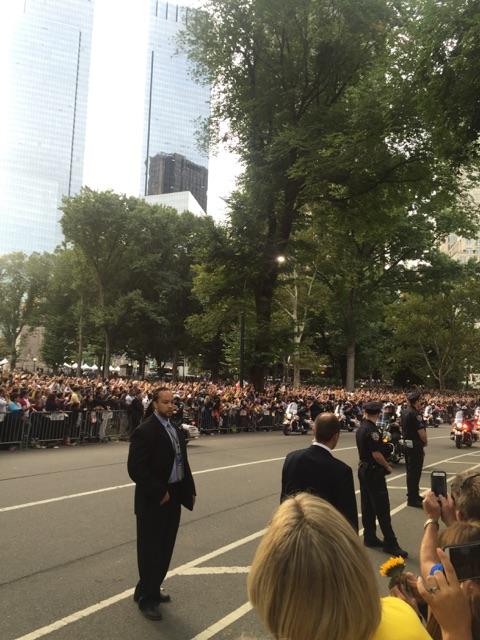 Swiftly the rows behind us filled out. There was some wiggle room, but not much. For the most part there were lovely people around us. There was a large group to our right sitting and picnicking. There was a young mother and father with their 5-month old. There was a technology professor who brought his mother. And there was a father and his son. The father was around 65 or so, his son in his mid-30s.

They had a plan. First, divide and conquer. The son, I didn’t get his name, sidled up to us to show us pictures from his phone. This is after he played the same con with the couple behind us. Now he was next to us, rather than two rows behind where he started. We didn’t ask to see the photos, nor did we care about his arbitrary relatives, but that was his M.O. At some point after the son made his way next to us I went to the bathroom.  I knew I’d have to pay for the coffee earlier. So I stood in a long line for a port-a-potty. 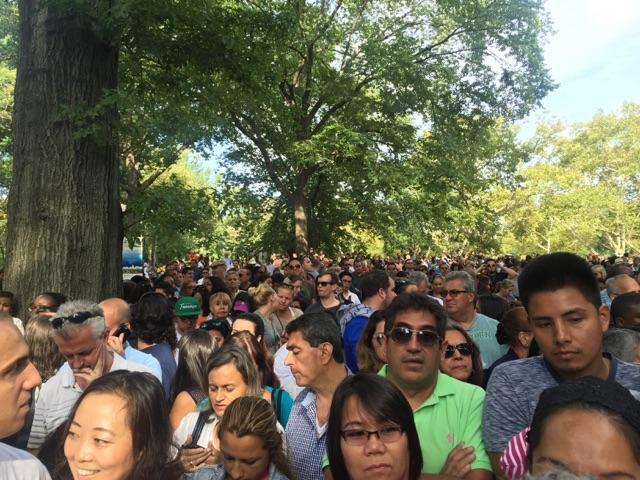 There were a couple of guys in line, a teacher from Yonkers and a homeland security off-duty officer from Texas. Good conversation made the line move quickly. Though, when I got back I barely had room to stand. The dad, I didn’t get his name either, started a campaign to move into my spot, telling those around him that my bag, which I used as a space holder, was really large and took two places. It didn’t. I found my sandy bag underneath a stroller and I had to squeeze to get in, angling to reach my bag. At this point the dad was playing with a baby, volunteering to hold her so he could be up front. Then the mother of the professor started getting faint and he leapt to help her, wrangling a closer spot. There were already four of us assisting her. He was oh, so helpful. With each act of good will he moved one row closer  to the front. The two in front of us had to tell him to move from their spot. The mother in front of us went to nap since she had worked all night, and his concern for her was amazing. “Is she okay? I hope she’s okay, I’d hate her to miss the pope.” To his daughter, do you want to check on her? I’ll hold your space.” He was three people away from her. 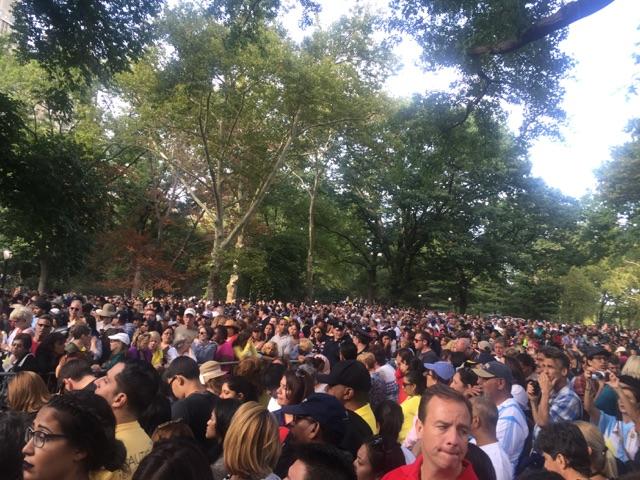 His son was quiet now that he was as close to the front as possible, but he kept working the crowd, hoping his kindness and concern would pay off. When the faint mother was ready to stand up hours later, he stretched in front of me to “help” her. 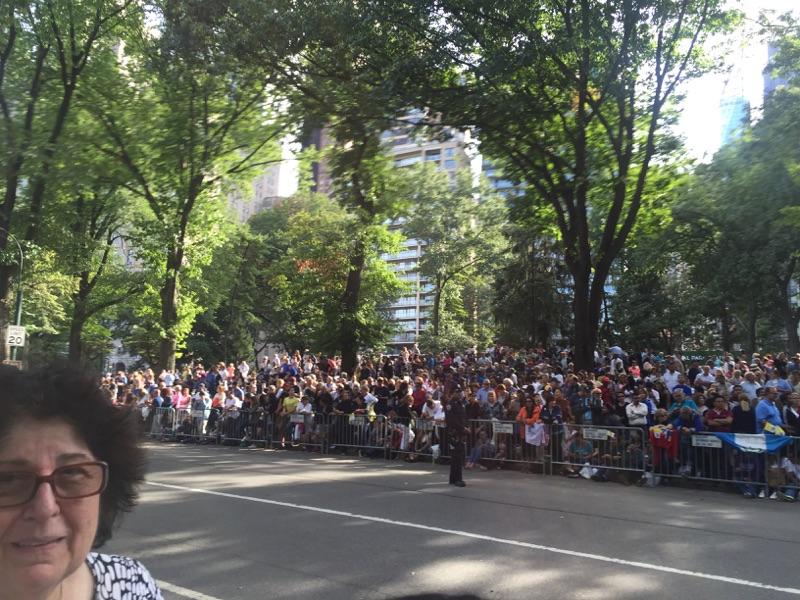 And, when I said to him, “Stay where you are. You’re not fooling anyone.”

He came back with, “Calm down. Take it easy. We’re all in this together. We’re all here for the same reason.“

Smiling at those around him with a knowing nod, as if I was the crazy one. At one point he repeated, “We’re all here for the same reason.”

To which I replied in earnest, “You’re giving me a great opportunity to test my spirituality.”  The father and son were incredibly annoying, but everyone else gave us renewed faith in humanity. 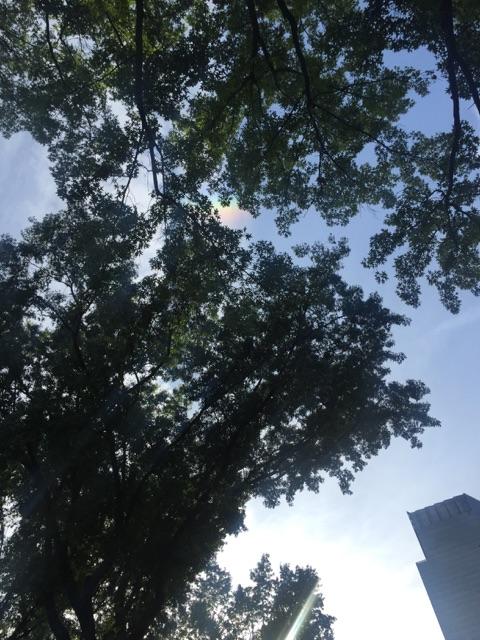 And then the Pope drove by quickly, yet with aplomb. It was a wonderful moment. we were able to get the mother & her baby stood in front, sans the self-perceived, good samaritan. From there we made our way through the park, no one in sight. It was glorious. 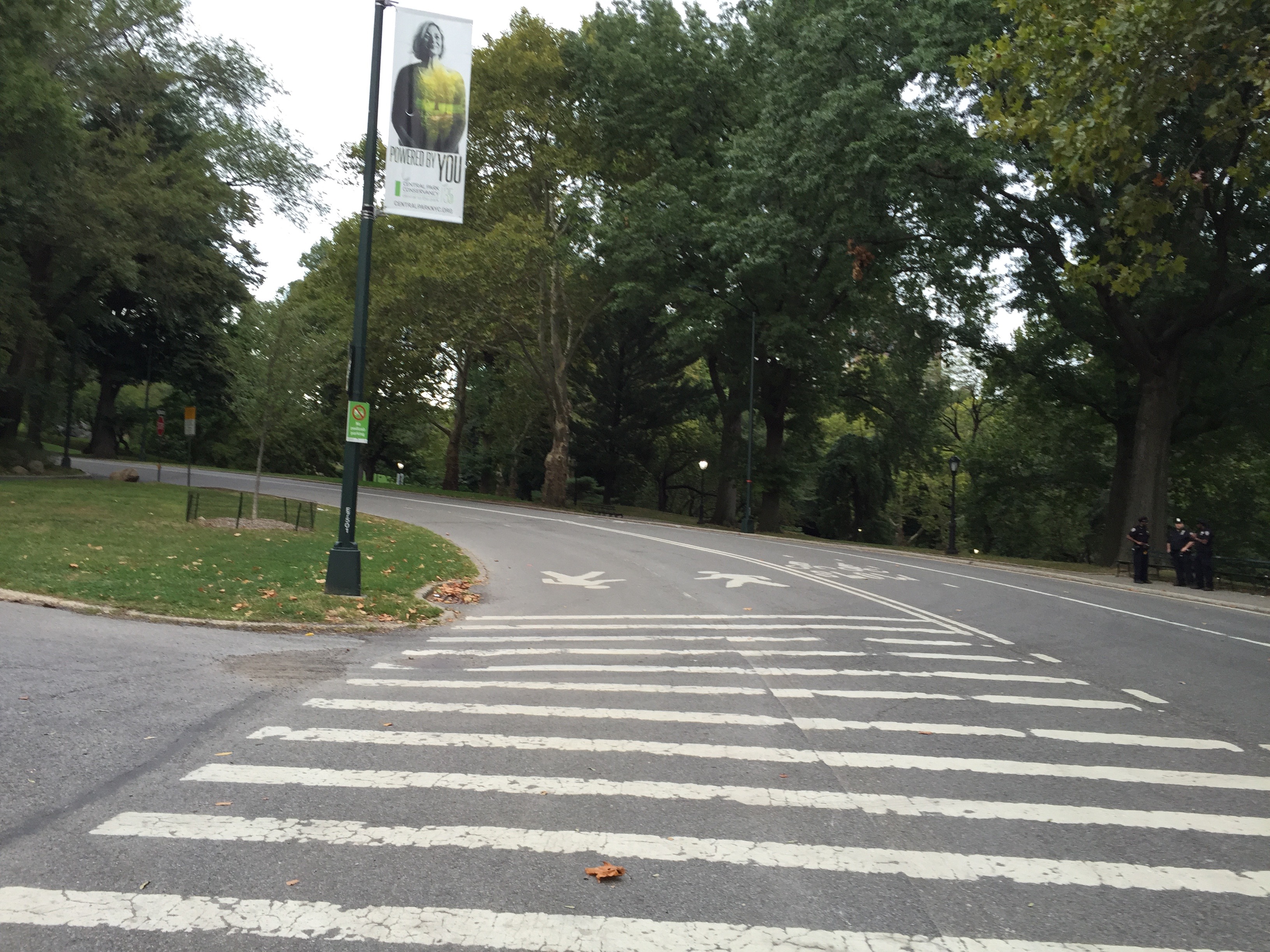