Apr 14, 2014 by Janet Zinn, in Uncategorized
I'm 54 years old, I have a torn meniscus, pleural effusion, tendonitus, and I completed a half marathon today.  I love walking but never thought I could run. Thanks to my friend Lisa, who told me I could run slowly, really a jog, so I tried it out and found that I could jog slowly.  I started running at the age of 51.  I ran around the block, then a half mile, then a mile.  I always felt like I accomplished something doing these runs.  Little by little I challenged myself to jog longer, always slowly.  I would have people pass me on a regular basis.  At first this was difficult.  I can be competitive.  With three siblings, it was a survival tool growing up.   So doing this for me and not trying to keep up with other runners might have been a bigger challenge than the exercise aspect of the sport.  I ran my first races the past year.  In the Fall, I ran a 5K, then a 5 mile.  The five kilometers was not that difficult.  I had been jogging regularly and was prepared to be one of the last runners.  It was a less popular run, so there wasn't a big a crowd, which I liked.  The following day I ran my first NYRR race in Central Park.  There were a lot more serious runners.  Volunteers often shouted out to go faster.  I ignored their encouragement.  For me the running is not about the time, it's about doing it.  On New Years eve, I did the four mile Central Park Race  at midnight.  It was fun starting off with fireworks.  I have been inspired by friends and family who are runners like my writing classmate, Jeannette, who made sure I had energy snacks for the today's race, and gave me good tips on self care.  Larry's cousin, Zena, is a runner and she put the idea in my mind when she said she was training for a half marathon.  I'm so fortunate to live in a city with a lot of opportunities to run.   And, I'm lucky to have friends and family who are supportive.  Larry was out early with Lucy and they were my cheering squad.  The cheered me on twice around the park, and then at the finish line.  It really helped me to keep going.  It feels good to do something for myself.  My body is sore,and I'm exhausted,  but I'm proud to have completed the half marathon.  In the end, slow and steady won my race. 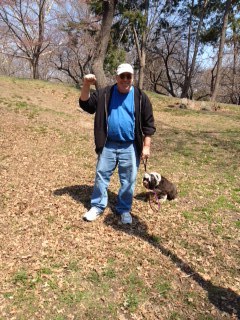 Larry & Lucy Cheering Me on In Central Park 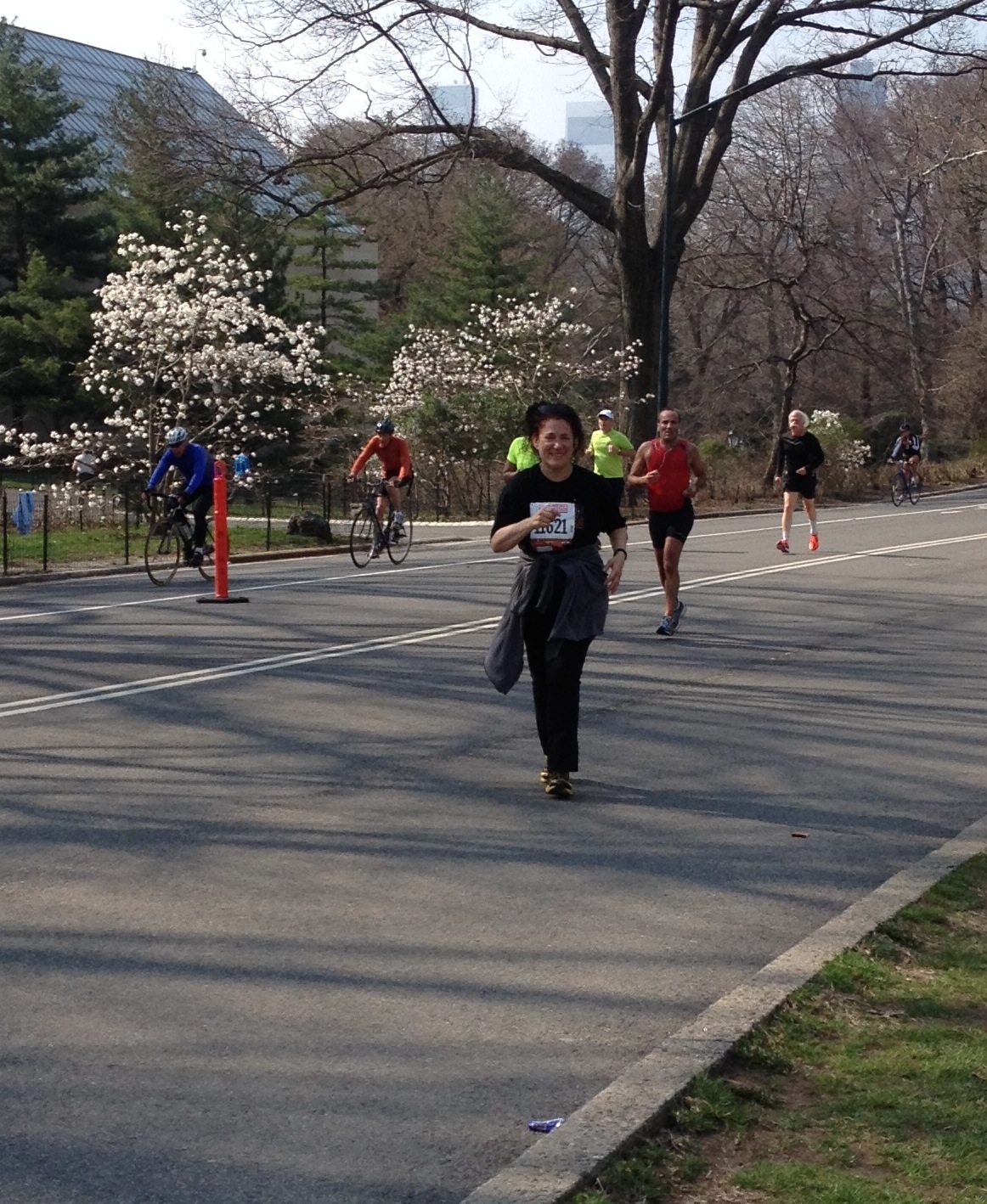 Larry's picture of me running slowly & really happy to see him