I love audiobooks. Mostly I listen to them when walking or jogging. Though I’m happy to listen when in a car, but that doesn’t happen much living in Manhattan. Right now I’m enjoying The Museum of Extraordinary Things by Alice Hoffman, which I’m enjoying immensely. The first time I read Alice Hoffman was in the early ‘90’s with Turtle Moon. As an author she has a great knack for weaving a story while allowing us to develop a relationship with the characters. And she does that by creating a strong sense of place. The Museum of Extraordinary Things is wonderful because it gives us an historical perspective on New York City. And, much to my pleasant surprise Judith Light is one of the narrators. 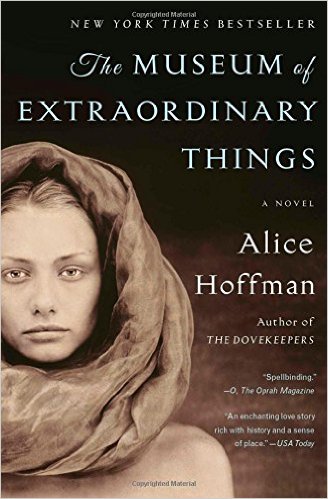 I was soap addict in high school. Four years after Dark Shadows, I started watching One Life to Live. I came home from school shirking my homework until after the precious 45 minutes had ended. But it wasn’t until my senior year when Judith Light lit the screen. There was a depth to her acting that swept me away. I was an unhappy, mix-up teen and her acting was the therapy I needed to get through my days. When Karen Wolek, her character, didn’t appear I felt a deep loss, hopeful that the following day would contain a riveting scene. Judith Light’s acting work kept me going through my tumultuous college years, too. After moving to New York City in 1981, I was hopeful I’d run into her. That never happened.

And when Ms. Light left the show in 1984, they lost this viewer. Life went on. I went to therapy and 14 years later I became a therapist myself. I continued to walk the city. I listened to books. I went to the theater. Sometimes I saw a show just because Judith Light was in it. It’s been a pleasure to listen to The Museum of Ordinary Things. Thanks Alice Hoffman for another good book. I’m looking forward to your upcoming The Marriage of Opposites. And, thank you, Judith Light. I’m grateful to hear your voice, reminded of how you helped me through difficult times years ago.
Prev Next